Calling all Alfred Hitchcock fans! This thriller is one-part juicy spy novel, one-part Hitchcock classic and a touch of Monty Python. The show follows a notorious fugitive and a captivated leading lady all over the map from a London music hall to Scotland's remote highlands. The goal is to save Britain from a den of spies. The cast of seven actors play over 150 characters in this lightning-paced tale.

THE 39 STEPS Adapted by Patrick Barlow From the novel by John Buchan From the movie by Alfred Hitchcock Licensed by ITV global entertainment limited and an original concept by Simon Corble and Nobby Dimon.
THE 39 STEPS is presented by arrangement with Concord Theatricals on behalf of Samuel French, Inc. www.concordtheatricals.com 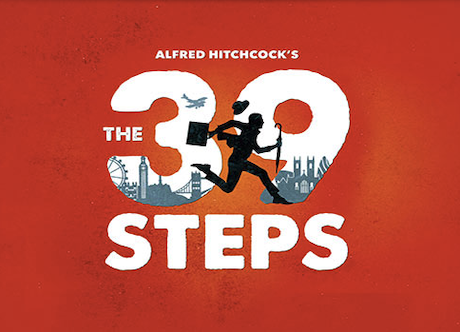