Pigs on the Wing

Pigs on the Wing has on occasion been referred to as “the most punk rock of the Pink Floyd tributes” and that is a badge the band wears with unequivocal pride. None are bigger fans of the work of Pink Floyd than the members of Pigs on the Wing, and while the band approaches the material with the deepest respect for legacy of the music, they also chart a course suggesting a willingness to push the musical boundaries of a traditional tribute band.

Tracing its roots to a one-off performance in Portland in 2006, Pigs on the Wing has steadily developed a devoted fanbase and a reputation for delivering a high quality, high energy take on Pink Floyd’s music, steeped in the NW’s own rich musical heritage.  The band focuses on 1970s era Pink Floyd and has in recent years featured full album performances of Dark Side of The Moon, Wish You Were Here, Animals, and  The Wall as well as a wide range of material from Floyd’s earlier years.

All members of the band are seasoned veterans of the original NW rock scene and balance a decidedly un-tribute like attitude towards the music with a deep understanding of the precision and importance of Pink Floyd’s music in many fans’ lives. The result is a sound and experience both refreshing in delivery and yet true to the original – something the band believes sets it apart from other Pink Floyd tributes. 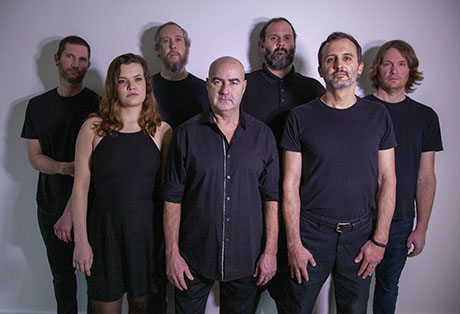