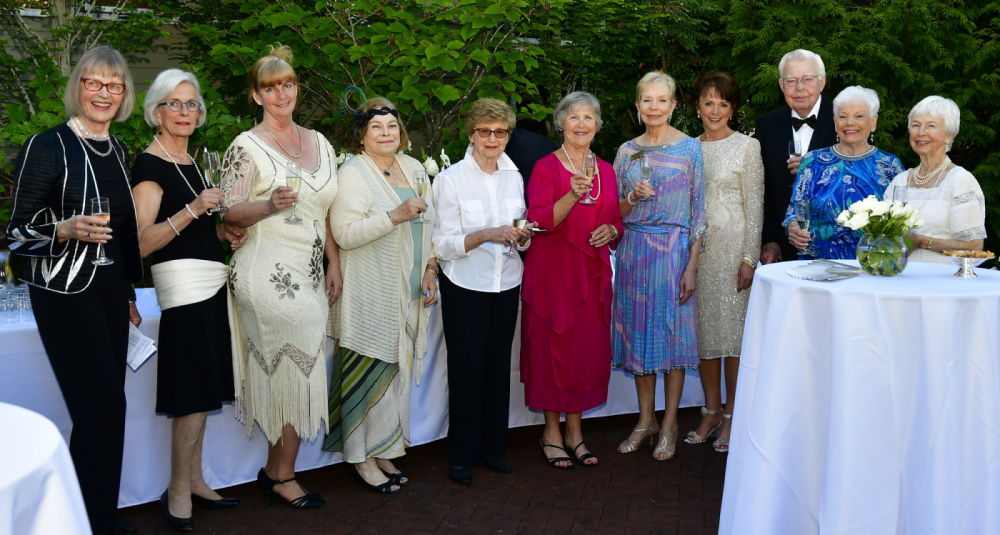 The Opening Night of Chicago in May, 2017, kicked off in style with a Speakeasy Party held in the Steele Garden under a tent equipped with heaters. Since the play takes place during Prohibition, alcoholic punch was served in tea cups. Theatre-goers thoroughly enjoyed this CATS fundraiser.

The next year, 2018, a party was held to celebrate the opening of Beauty and the Beast. The play was set in 1785 Provincial France, so a French champagne punch and French hors d’oeuvres prepared by Kings Deli were served. During the party, the San Juan Jazz Quintet performed musical selections from the show. An additional opportunity was debuted with CATS-created Beauty and the Beast character baskets that were raffled after the play’s final performance.

The next year CATS requested the honor of theatre-goers’ presence at a 1920s Wedding Reception. It was held in Mrs. Tottendale’s lovely New York Mansion (the Steele Garden) and marked the opening of The Drowsy Chaperone, the Theatre’s 2019 spring musical. The reception celebrated the wedding of Follies star, the beautiful and talented Janet Van De Graaff, and handsome toothpaste model, Robert Martin. Well-mixed gimlets were served along with hors d’oeuvres by Kings Deli and music was provided by Farhad Ghatan on piano. Character baskets, related to the play, again provided a secondary fundraiser. 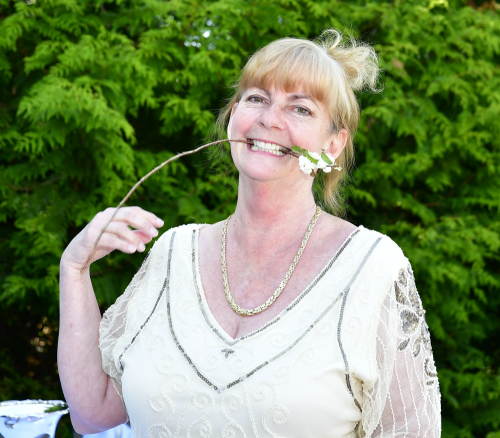 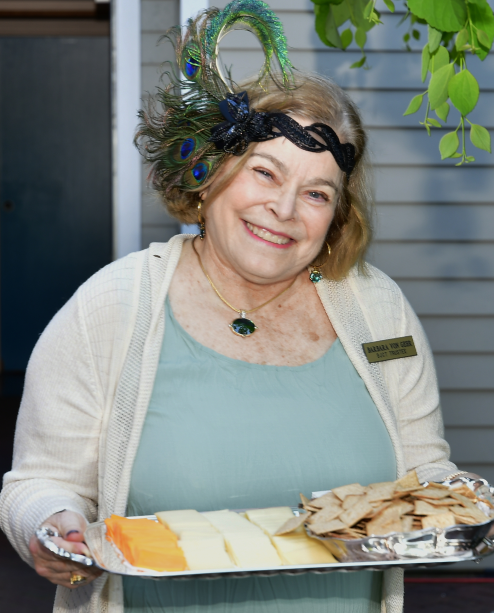