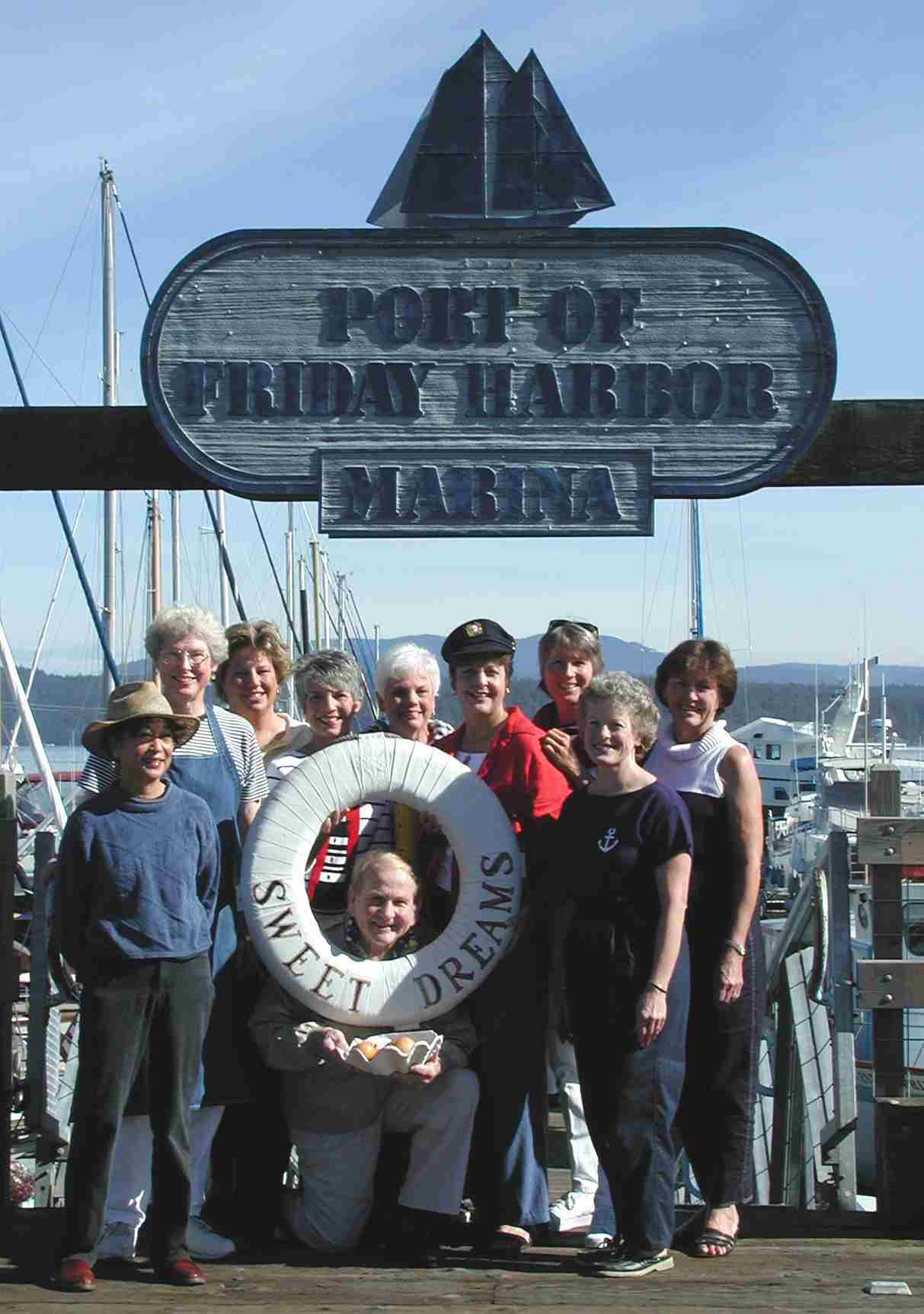 The following year,1992, the CATS board included President Kit Moorhouse, Vice President Carole Ford, Treasurer Ruth Fleming, Secretary Ann Nelson, House Chairman Patsi Daugherty and Past President Lynne Rogers. A CATS Roster was printed that year and it included the names of 44 members. At the back of the roster a Telephone Chain was printed. Members were directed to pass on a message after receiving it. If there was no response, the member was to go on to the next name on the list, call that person and deliver the message.

It was the first year for Elegant Edibles which brought in $1,030.54. CATS again participated in the Pig War BBQ and operated a concessions trailer at the Jazz Festival. Each of their cheesesteak sandwiches cost 8 tickets of Festival script or an equivalent of $4.00. This project raised $723.01.

A “Kaleidoscope of Musical Delights” was the title of 1992’s Festival. In the afternoon a Teddy Bear Tea was held at the Theatre for Island children and two performances of Pinocchio were presented by the Missoula Children’s Theater.  The evening’s program included ‘Memorable Moments From All the Shows You’ve Loved During This Past Season’ along with holiday tunes played by the Friday Harbor Community Band, a sumptuous reception and an auction of Trees, Wreaths and Ornaments. The Festival’s income was $8,806.00, expenses were $5,417.26 and the net returns were $3,388.74.

In 1994, Elegant Edibles was held on April 4, and good reports from the community were received. After thanking her co-chair Joey Sourant,  Elaine Beaubien described the event: “There were 150 buying guests. All the collectibles were sold; ran out of food at 10:20. Selling commenced an hour before the official opening . More money was made than last year. A successful event but perhaps something should be done about the opening time.”